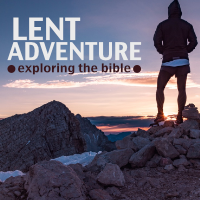 15 Now, brothers and sisters, I want to remind you of the gospel I preached to you, which you received and on which you have taken your stand. 2 By this gospel you are saved, if you hold firmly to the word I preached to you. Otherwise, you have believed in vain.

9 For I am the least of the apostles and do not even deserve to be called an apostle, because I persecuted the church of God. 10 But by the grace of God I am what I am, and his grace to me was not without effect. No, I worked harder than all of them – yet not I, but the grace of God that was with me. 11 Whether, then, it is I or they, this is what we preach, and this is what you believed.

20 But Christ has indeed been raised from the dead, the firstfruits of those who have fallen asleep. 21 For since death came through a man, the resurrection of the dead comes also through a man. 22 For as in Adam all die, so in Christ all will be made alive. 23 But each in turn: Christ, the firstfruits; then, when he comes, those who belong to him. 24 Then the end will come, when he hands over the kingdom to God the Father after he has destroyed all dominion, authority and power. 25 For he must reign until he has put all his enemies under his feet. 26 The last enemy to be destroyed is death. 27 For he ‘has put everything under his feet’. Now when it says that ‘everything’ has been put under him, it is clear that this does not include God himself, who put everything under Christ. 28 When he has done this, then the Son himself will be made subject to him who put everything under him, so that God may be all in all.

Does it really matter what happened to Jesus? Does it matter if Jesus’ body was resurrected from the dead? The apostle Paul says “yes, absolutely it matters. In quite an astonishing passage, Paul comments that, if Jesus did not rise then:

The evidence that Jesus rose from the dead has to be worth investigating. For every follower of Jesus it is the reason we follow. Without the resurrection, a life following Jesus is meaningless. When Jesus rose from the dead it was the beginning of the new world that Israel’s God had always intended to make. The evil that had invaded this world, was broken and defeated on that first Easter morning. God’s kingdom has broken though on earth as it is in heaven.

For Paul, “The main meaning of the resurrection of Jesus…is that God’s new world has been brought into being through this event, the long promised new world in which the covenant will be renewed, sins will be forgiven and death itself will be done away with.” Tom Wright

“The resurrection of Jesus was the moment when the one true God appointed the man through whom the whole cosmos would be brought back into it’s proper order. A human being had got it into this mess; a human being would get it out again.” – (Tom Wright PfE, p212)

For Paul, what makes you really live life is the resurrection. The future is what counts. You cannot change the past. What’s done is done. What was said was said. Stop living in the past. And stop living just in the now. Live in such a way to change your future. How will you affect your future? How will you live tomorrow? What choices will you make to live this life? Live in such a way to affect the future of others? Don’t let your past haunt you and don’t be afraid of the future.

As we finish this Lent Adventure, look at how far we have come. From Creation to Fall. Through a people called to be a blessing, rescued form slavery, entering a promised land, getting it wrong again and again. Exile and return. The life of Jesus. His death and resurrection. And now the life we are called to live to continue the story….

How will you live in light of the resurrection? What impact does this reversal and defeat of death by Jesus have on the way you live life? Will you join with Him in the renewal of all things?