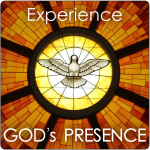 Jesus died to embody, exemplify and launch an alternative way to do kingdom. We must put kingdom and cross together. The cross is the place where God became king.

In God’s kingdom we at last become rightful heirs, true image bearers into the world. We become what humans are supposed to be.

“Our goal is not to get people to ask Jesus into their heart (a concept foreign to the scriptures), but to carry on Jesus’ exact message! That is, Jesus’ message – the gospel – was about the kingdom of God, and that is supposed to be our message too! We are delegates. This is an important part to understanding our vocation. In Genesis the means by which God chose to would rule the world was through humans, that hasn’t changed. In fact, that is still the same today. When we ask in what way God wants to run the world the answer is “the delegation of God’s authority, of Jesus’ authority, to human beings”. -Tom Wright (How God became King)

We are filled with His Holy Spirit, God’s presence to bring God’s rule and reign into the world. To bring heaven on earth. To bring Jesus way of doing things into dark places. To rescue people, families, communities, town and cities, ecosysytems. To challenge and oppose that which works against God’s kingdom. To root out and destroy acts of injustice. To bring healing to the sick, comfort to the broken, food to the hungry, jobs to the unemployed. Shelter to the homeless. Hope to those in despair. This is what the sovereignty of Jesus looks like. The cross and the kingdom work together.